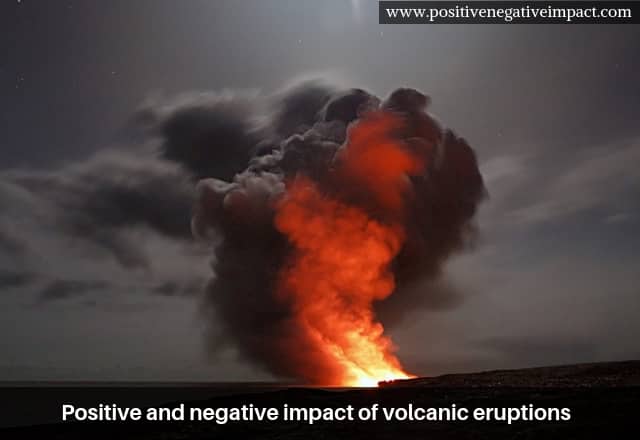 These are some of the positive and negative impacts of volcanic eruptions.