Let’s face it. To keep up with current trends and not be looked down upon as old-fashioned and outdated, a social media presence is a must. People compete to make their presence across sites like Twitter, Instagram, Facebook, and Snapchat.

It is no longer a generational thing, either. You’ll find everyone from grandparents to business tycoons to kids using social media. Some people even use multiple apps. There’s an app for everything. For example, LinkedIn has become one of the main places to look for jobs.

Our deep dependence on social media raises an important question — are these platforms good for society? Or are they a negative influence on children as well as adults?

Let’s look at its history before taking a closer look at the positive and negative effects of social media on society. 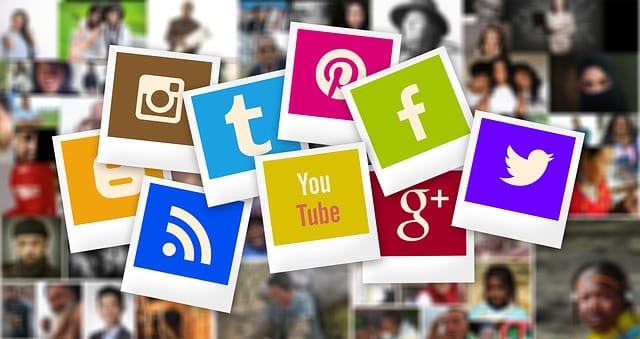 A Brief History of Social Media

The first attempt at a social network goes as far back as 1969 when the military created ARPAN. The creators designed the tool to connect universities on an early prototype of the internet.

Decades later, technology caught up, allowing the formation of Six Degrees, which had one million members who could friend each other and create profiles.

The invention of Six Degrees ushered in a tidal wave of web 1.0 social sites like Myspace, Friendster, and LiveJournal, which pioneered the features we love on Facebook and Twitter platforms.

As the early pioneers gave away, newer, more fleshed-out platforms like Facebook, YouTube, and Twitter replaced them. To this day, new platforms are launching and becoming polarized every year. TikTok is the latest craze, particularly amongst younger people.

What Is Social Media?

What makes a social networking site? To be considered one, a platform needs a few features. It has to be an online community with user-customizable profiles.

The profiles should reflect the user’s background and interests based on information they provide or people or things they follow. They should also communicate with other users via chat or posts and have a way to share music, photos, links, etc.

Pretty vague, right? This broad definition is how we’re able to have so many social networking sites. Facebook is very different than TikTok and Pinterest.

The definition doesn’t include all of the hybrid platforms that have some social media features. You wouldn’t consider Spotify a social networking site, but it does have user-profiles and the ability to share music.

Knowing a little bit more about it, let’s look at the positive and negative effects of social media.

The Positive Effects of Social Media

The main point of social media is to maintain and develop relationships. To many, this is their most redeeming quality and one of the ways people can look past the bad.

It allows us to connect with friends we haven’t seen in years and easily share what’s going on in our lives. We can also find people with similar interests using sites like Reddit and Facebook groups to spark new relationships.

The ease with which you can share news, scientific research, and other articles make social media a great place to learn. In school, teachers can use programs like Google classrooms and Zoom to host lively discussions and lectures.

The key is that everyone does their best to make sure we’re only sharing accurate information. Knowledge sharing on social media has a flip side that we’ll discuss later.

Businesses have benefited greatly from social media. Restaurants can upload their menu and phone number to sites like Yelp.

One of the most cost-effective ways to advertise small businesses is on platforms like Facebook. Cheap inventory and robust ad targeting let you hit your customers easily.

This has leveled the playing field in many ways never seen before. Businesses that would never have had the budget for TV and billboards can promote themselves as easily as large brands.

Provide Information on the Latest Trends:

Social media makes it easy to see current trends. The front page of Reddit and trending hashtags are an easy way to see the most important things going on in the world. Just be careful not to put yourself into too much of an echo chamber, or you’ll miss out on a lot of news. A lot of trends are customized based on your own interests and online activity.

Social media is the perfect place for people to showcase their creativity. Just look at TikTok to see some of the work people put into creating their content. Pinterest is also a great platform to see art from around the world.

The Negative Effects of Social Media:

The ease of sharing has also resulted in what some people call cancel culture, where people are publicly put on blast. Sometimes this is a good thing, like when people are racist and hateful. Other times, people can jump the gun. That said, it can be effortless to ruin your reputation or your business’s reputation online. You may go to bed one night and wake up with your life in shambles. The key is to be thoughtful and considerate about what you say online.

Bad Habits, Addiction, and even Depression

Too much of anything is a bad thing. Many people find themselves addicted to social media, spending most of their day scrolling through their feeds. This can be very common among teenagers, who ironically become more anti-social due to social media. The key, as with anything, is to limit screen time.

One other side effect of social media can be depression. Watching curated versions of other people’s lives can make you feel inadequate. The key is to realize that people put their idealized selves out there to the world. In reality, their lives are very similar to yours.

Since the beginning, cybersecurity has been a major issue. Thousands have had their accounts hacked and used for illegal transactions. Even if your account is secure, others have been doxxed by groups online. This has led to things like stalking and swatting that have even gotten some people killed.

Even when you’re doing everything right, you’re putting a lot of faith in social media companies. Facebook has regularly leaked user data and at one point left a database of close to 300 million users exposed.

A more recent example happened in 2021. Millions of Parler users found that videos gave away their location, leading to many arrests after the capitol’s storming.

Security will only become more of an issue moving into the future. Unless social media improves its security, it will likely get regulated into the ground by governments around the world.

The biggest con to Social Media in our current world is the disinformation. A shocking amount of information posted on Twitter or Facebook is false. This has affected elections and deeply polarized the United States, the United Kingdom, and elsewhere. In Myanmar, this has even contributed to the genocide of The Rohingya People.

In the United States, it’s led millions of people into believing that a democratic election’s results were fraudulent.

Is It Good or Bad?

As you can see, social media can positively and negatively impact the world. It can act as a platform to celebrate and advertise our professional and personal achievements. At the same time, these sites can lead us down a dark road of depression and inadequacy.

It’s hard to say exactly what Social Media is because there are so many platforms. You’d be hard-pressed to call Snapchat evil, but a platform like Facebook that has spread misinformation and potentially led to deaths, you wouldn’t.

The impact of social media websites in our society mainly depends on us. It’s up to us to stop spreading misinformation and perpetuating bad behavior. We need to get back to the roots of what makes social media great – connecting with other people in meaningful ways.