Flooding has been a natural occurrence, one that takes place when there’s heavy downpour and while floods are generally associated with negative connotations such as widespread destruction and fatalities it should also be pointed out that there are certainly positive aspects to flooding as well. Take ancient Egypt, it built its entire society around the annual flooding of the Nile and it remained that way for over three thousand years. In fact, the annual floo0ding of the Nile was a much anticipated and celebrated event as the flood waters helped to spread the silt onto the land, thereby making it extremely fertile. That’s just an example and as you can see, flooding comes with both positive and negative impacts; it is time that we took a closer look at the same. 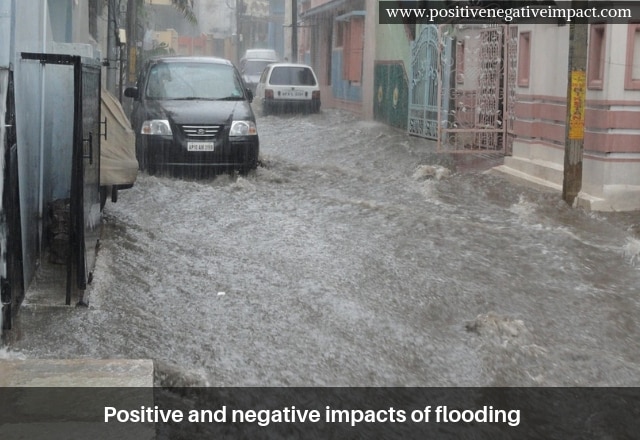 The Negative Impact of Flooding

These are some of the positive and negative effects of flooding; and while it may not be possible to prevent a flood as it is a natural occurrence you can at least take a few measures to bring it under control so that the public at large are not unduly affected.