Natural gas is an organic byproduct of fossilized remains of ancient organisms – if that sounds icky, well the process to mine the same is not easy either and often consists of drilling through several miles of hard rock. While early earth formed and life finally took hold on this planet, it started to blossom with various forms of flora and fauna including giant redwood forests to large ferns; and as these organisms died and were buried as a result of mudslides, floods and other geological incidents, these soon sank deep into the sediment where they became partly fossilized.  And as the organic matter, becomes exposed to extreme heat and pressure, it undergoes further change and gets converted to gas and other compounds. For example, natural gas is often found in close proximity to various hydrocarbon reservoirs including coal beds. The process of extracting the same is hard, if not downright difficult which is why it is essential that we take a closer look at some of the positive and negative impacts of natural gas. 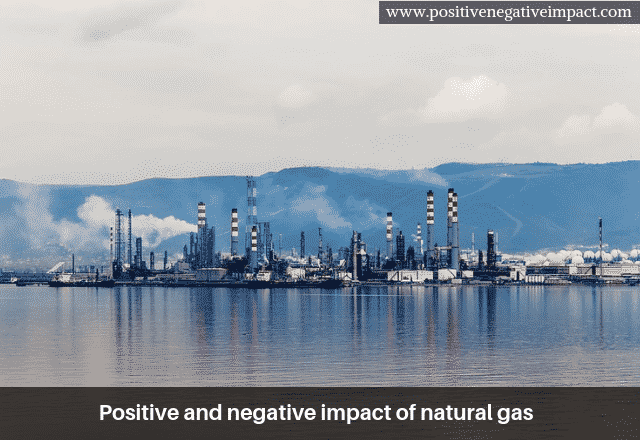 The Positive Impact of  Natural Gas

The Negative Impact of Natural Gas

These are some of the positive and negative impacts of natural gas; the fact remains that we use natural gas in most commercial applications as a viable alternative to petrol or diesel.