3D printing is a mechanical process that manufactures multidimensional objects from blueprints or models. It has certainly become extremely popular in the last few years and has even been immortalized in several movies. But even though the advantages of manufacturing 3D objects from models and blueprints are obvious, it still has a few negatives. That’s why we need to take a closer look at some of the positives and negatives of 3D printing. 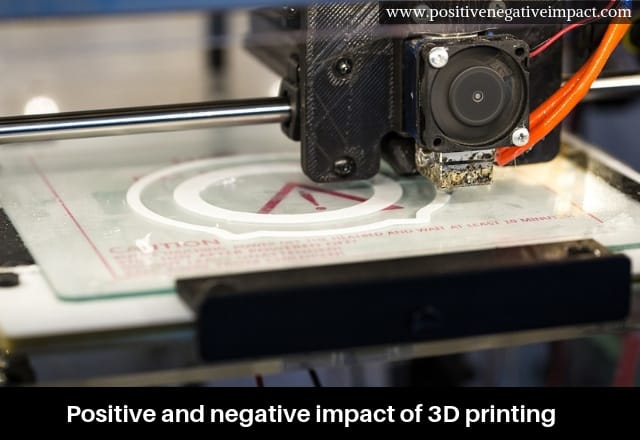 The Positive Impact of 3D Printing

These are the positive and negative impacts of 3D printing; 3D printing is part of our reality and it is only a matter of time before it sees widespread applications across several verticals.