Consuming alcohol on a frequent basis is not the best thing to do for your mental and physical well-being. However, moderate consumption of it can lead to substantial gains in the health of a person. Reasonable intake of alcohol is defined as 2 drinks daily for men and 1 drink a day for women.

It is required to note that the level of benefits and adverse impact from consumption of alcohol depends on the type and makeup of the individual’s body. This post educates reader about the health benefits gained by moderate consumption and risks due to its frequent consumption. 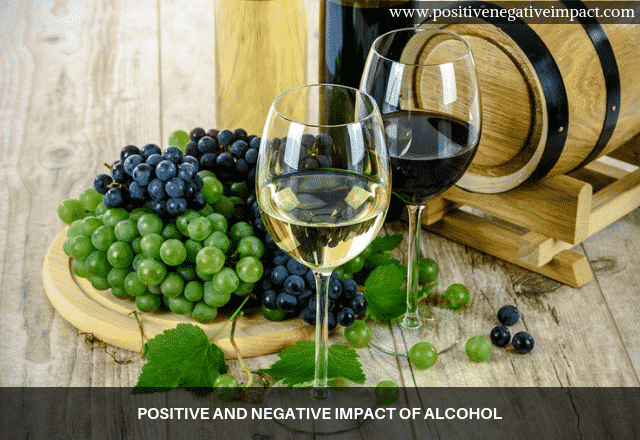 Moderate quantities of alcohol increase high-density lipoprotein level, also called as HDL in the body. This is considered to be good cholesterol whose higher levels protect a person from getting heart disease. Moderate consumption of alcohol leads to better insulin sensitivity and blood clotting.

Occasional drinking can even increase your lifespan. It can lower the chances of death by around eighteen percentage. Sipping little amounts of alcohol, in between meals, is suggested as the right way to consume alcohol.

bDoctors believe that impotence is connected with alcohol consumption. Moderate drinking can protect a person from erectile dysfunction.

Prevents Getting Affected To Common Cold

The chances of getting common cold is seen to decrease by limited consumption of alcohol. Drinking wine on a weekly basis can see a sixty-percentage decrease in the development of cold. Scientists believe the antioxidant attributes of wine to be responsible for the lower rate of getting affected to seasonal cold and cough.

Moderate drinkers are 23 percentage less prone to develop Alzheimer’s disease, cognitive impairment and dementia. Consuming of alcohol in small amounts impacts brain cells. It toughens them so as to cope up with key stresses that can lead to dementia.

Reduces chances of development of gallstones

Drinking 2 units of alcohol daily is observed to lessen the rate of buildup of gallstones by 1/3rd.

Reduces the risks of diabetes

Most of the adverse effect of alcohol is caused due to excessive drinking of it. Too much of alcohol intake can lead to irregular activation of enzymes in the digestive system that are secreted by the pancreas. This phenomenon leads to occurrence of a long-term inflammation condition called as pancreatitis.

Another major complication that arise due to frequent intake of alcohol is on the liver. This is the key organ that works by disintegrating and eliminating harmful elements from the body, like alcohol. People who have been consuming alcohol for several years, tend to experience liver disorder and severe liver inflammation in their body.

The scarring produced by the inflammation is called as cirrhosis. The development of scar damages the liver. With the liver becoming highly damaged, it takes up a lot of time to remove toxic elements from the body.

Liver disease is highly risky that causes buildup of waste and toxins in the body. Body of women are more susceptible to absorb more amount of alcohol and require longer time to process it. This results in increased cases of liver damage in women as compared to men.

In people who are addicted to alcohol, liver and pancreas fails to function correctly. This causes them to experience symptoms of developing hypoglycemia or low blood sugar. Over consumption of alcohol damages pancreas that prevents the body of a person to form enough amounts of insulin to use sugar. This results in hyperglycemia, or presence of excessive amounts of sugar levels in the blood.

Excessive consumption of alcohol impairs central nervous system. It can be seen in the form of slurred speech, poor communication between the body and the brain, poor co-ordination and balancing, numbness, tingling sensations in hands and feet, loss of memory, reduced clarity, or even permanent damage to brain as well.

People who consume heavy amounts of alcohol develops an emotional and physical dependency on it. In their case, it can be very difficult to withdraw this habit on their own. It would ultimately require them to seek professional intervention of a drug rehabilitation center to come out of the clutches of alcohol addiction.